S²E: A Platform for In-Vivo Analysis of Software Systems

S²E comes as a modular library that gives virtual machines symbolic execution and program analysis capabilities. S²E runs unmodified x86, x86-64, or ARM software stacks, including programs, libraries, the kernel, and drivers. Symbolic execution then automatically explores hundreds of thousands of paths through the system, while analyzers check that the desired properties hold on these paths and selectors focus path exploration on components of interest.

S²E is released under the MIT license and supported by the community. S²E was a research project of the Dependable Systems Lab at EPFL in Lausanne. For academic projects, please contact DSLAB.

Security researchers around the world use S²E to find critical vulnerabilities in all kinds of software. Here is a sample of some of the CVEs:

CVE-2017-15102, CVE-2016-5400: several vulnerabilities in Linux USB drivers that caused denial of service and complete system compromise.
CVE-2016-7219: information disclosure in a cryptography driver that affected all versions of Windows from Vista to 10.
CVE-2016-0040, CVE-2015-6098: buffer overflows in kernel components leading to local privilege escalation on various versions of Windows.
CVE-2015-1536: improper (un)marshalling of bitmaps triggered through the Android clipboard, integer overflow, and null pointer dereferencing that can crash the system, no permissions needed.

S²E competed in the finals of the DARPA Cyber Grand Challenge

Want to run S²E on CGC binaries? Check out the tutorials! 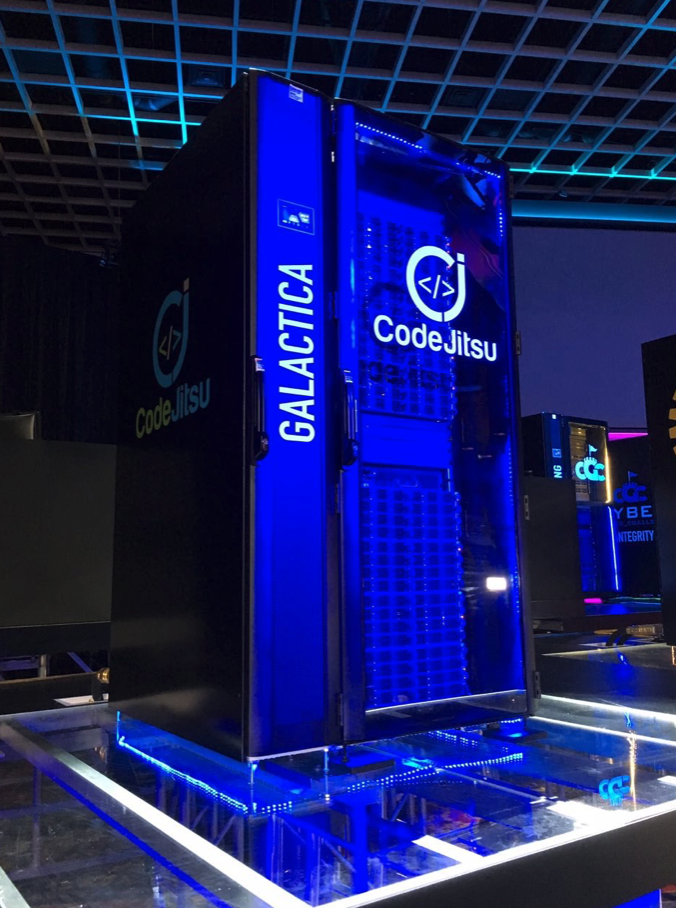 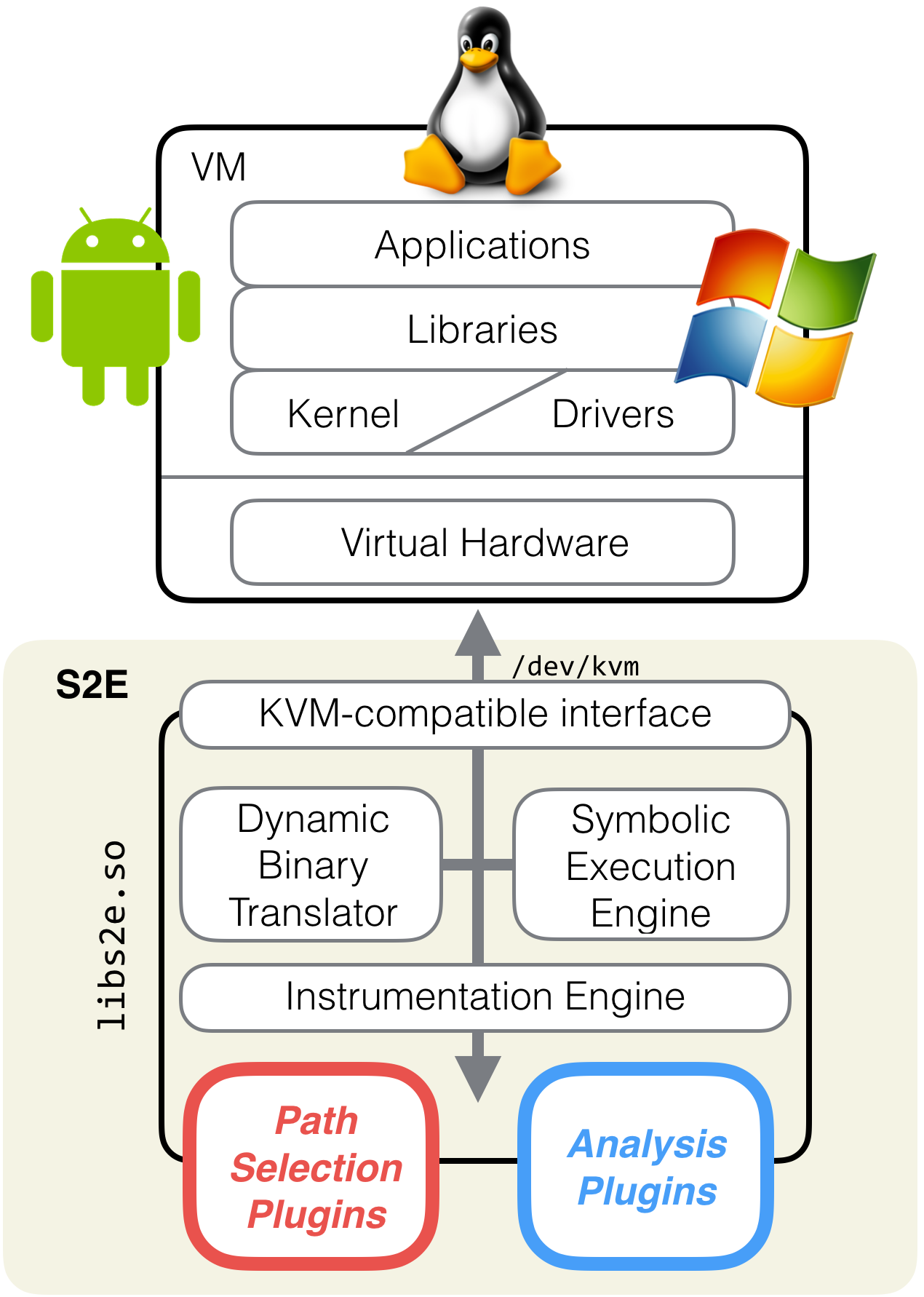 S²E is modular and flexible

This demo shows S2E finding vulnerabilities in the CADET_00001 binary from the Cyber Grand Challenge. Run the command below in order to try it out on your machine. There is no need to do anything besides typing this command. Downloading and setting up the docker image should take 5-10 minutes depending on your network connection and take around 10GB of disk space.

You will see a dashboard showing how many test cases S2E found. These test cases demonstrate a program crash or the presence of an actual vulnerability, for which S2E found program inputs that allow an attacker to control the program's memory and/or register contents (i.e., a proof of vulnerability, or PoV). After a while, stop the analysis. The analysis output is stored on your host machine and you will find the test cases in $(pwd)/s2e-demo/projects/CADET_00001/s2e-last/{*.c|*.xml} files. Their format follows the CGC specification and they can be run in a CGC VM.